“This is your theatre”

As Eithne Browne’s words echoed across Liverpool’s Royal Court Theatre, the love that audiences have for this venue could be felt in the atmosphere in the room.

A two hour fun filled, festive, feel good show, The Royal Court Selection Box welcomed audiences back to Liverpool’s Royal Court for an unforgettable night of entertainment, that was both uplifting and heartwarming.

Opening with the hauntingly beautiful melodies of Danny Elfman’s Edward Scissorhands theme, snowflakes adorned the walls as a mysterious figure ran from one side of the stage to the next.

The story unfolds when the mysterious figure is unveiled as the hilarious Michael Starke. Locked in Liverpool’s Royal Court since the lockdown in March, he bumps into Lindzi Germain who spotted the emergency stage light as she was delivering food. Joined by Royal Court favourites including Roy Brandon, Joe Speer, Stephen Fletcher, Eithne Browne and Hayley Sheen who saw her video on social media, they use their chance meeting to put on a show – and what a show it is!

A variety show homage, the cast delivered a mix of stand up comedy, impersonations, musical numbers and excerpts of iconic Liverpool’s Royal Court shows from years gone by.

Michael Starke opened the show with a wonderful ukulele medley of Beatles numbers, accompanied by the stellar Royal Court House Band whose musicianship is second to none throughout The Royal Court Selection Box.

A particular highlight was the bands note for note perfect performance of The Human League’s ‘Don’t you want me’, which had me dancing along to Hayley Sheen and Stephen Fletcher’s fantastic duet of the song.

The variety homage continued with a tribute to Sir Ken Dodd, with Roy Brandon and Stephen Fletcher performing a rendition of the iconic ‘Happiness’. The cast also paid tribute to great variety hosts and performers of decades past throughout the show. It was a beautiful reminder of the incredible performers who have graced the Liverpool’s Royal Court Stage in the past, performed by the phenomenal performers we know and love on its stage today.

Michael Starke and Roy Brandon left me in tears of laughter with their Morecambe and Wise inspired double act as Lindzi Germain delivered a show-stopping performance of ‘Diamonds are Forever’.

Lindzi’s vocals left me in awe with every single note, as did Hayley Sheen whose performance of ‘All I want for Christmas is you’ was a delight to watch.

Pushing a trolley adorned with the iconic character of Ann Twacky from Brick up the Mersey Tunnels, Eithne Brown’s heartwarming monologue resonated with audiences in the room as she recalled the positive impact that the Royal Court Theatre has had on both performers and audiences throughout the years.

The second act then introduced excerpts from Royal Court shows of years gone by, including a hilarious dance number from Eithne Brown and Stephen Fletcher and a sing-along to the Twelve Days of Christmas that was delivered flawlessly by Joe Speer, Michael Starke and Roy Brandon. It was lucky I was wearing waterproof mascara, as I was crying with laughter for the majority of the second act.

I won’t tell you which Royal Court shows are featured as I don’t want to spoil the fun for you, but it’s a treat to see these wonderful shows brought to life on stage once more.

Theatre is so important to many people across the world. The Royal Court Selection Box is a testament to the hard work and dedication of a phenomenal group of creatives who have given us one of the greatest gifts you can – the joy of theatre.

The cast and crew deserve a standing ovation for producing, crafting and delivering this production in just a few weeks. From comedy routines to memorable musical numbers and more, The Royal Court Selection Box is a five star festive treat that you’ll still be talking about for days to come. 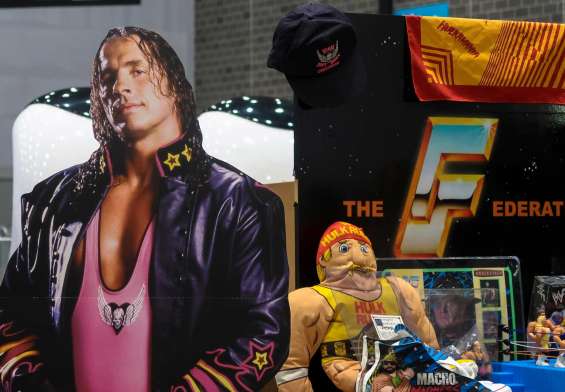 Legends back in the ring: For the Love of Wrestling 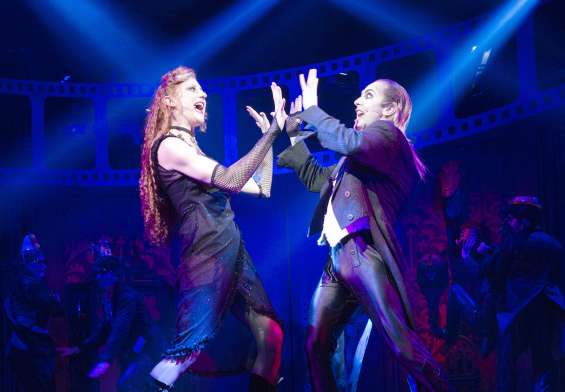