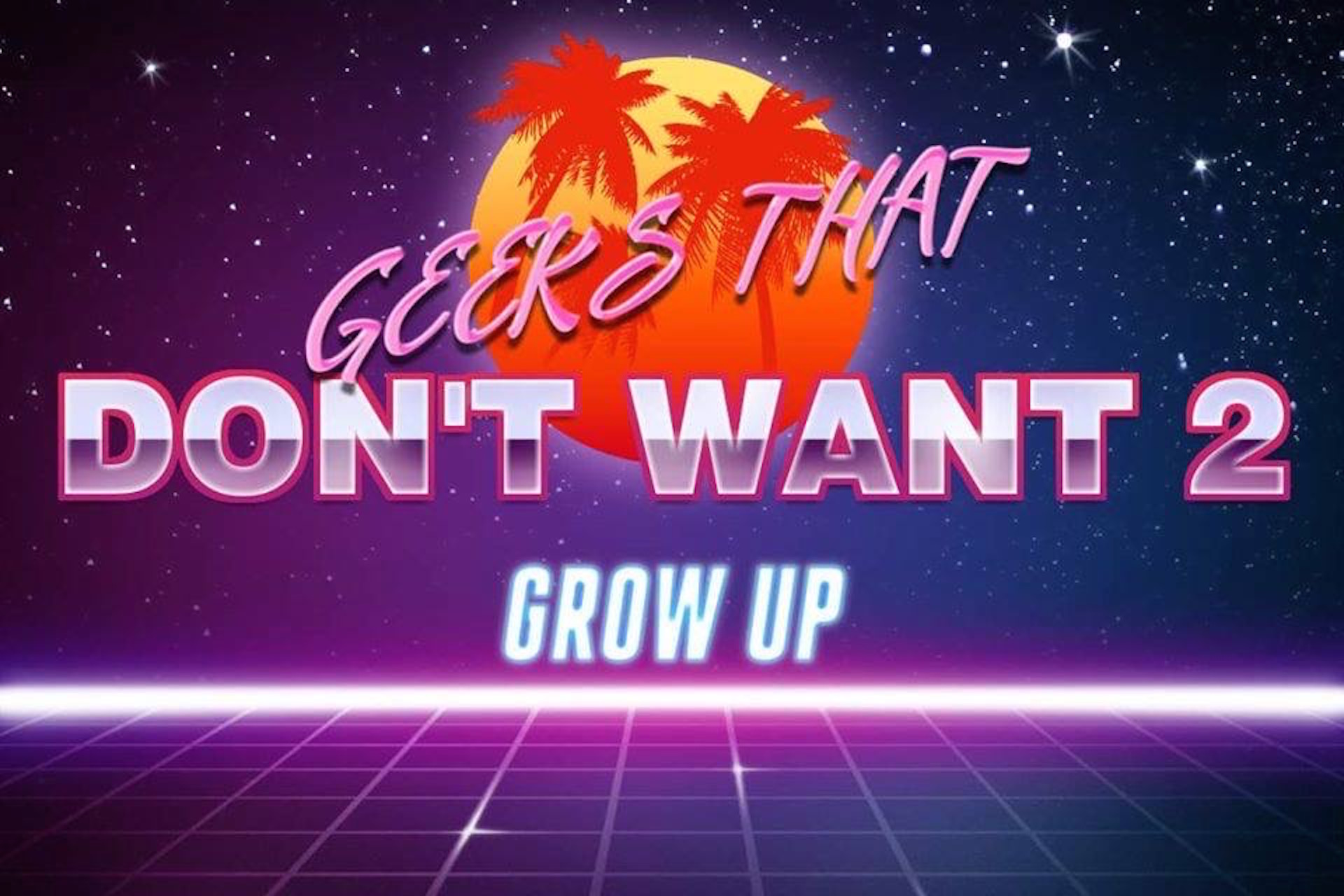 “Someone like Emilio Estevez, he has been in so many great films and he’s directed a lot. I mean Young Guns and Young Guns 2. I used to watch those all the time. You couldn’t just watch the first one, you had to watch the second one too. People like him, and these films, are loved by so many people”.

George Jaeger-Wright and I are talking about one of our favourite actors, Emilio Estevez, who starred in movies such as Stakeout and The Breakfast Club, to name but a few.

Throughout our one-hour video call, we talk about some of the films and actors who have meant a lot to us – particularly one film, The Lost Boys.

It is this film that inspired the idea for Geeks that don’t want to grow up, a page celebrating pop culture through online posts, charity quizzes and film screenings.

Founded by George in 2017, the page posts pop culture facts on their social media pages, including ‘On this day in movie history’.

“I was sitting there one Friday night after I watched The Lost Boys, or something along those lines, says George.

There’s a couple of sites that discuss things specific to film, tv, horror…but you had to go to different pages. There’s a lot of good pages, but there’s nothing all in one. That’s what I try to do with Geeks that don’t want to grow up. I post wrestling stuff, tv, film, music and more”.

What started as page for George and his friends, ended up growing into a must-see pop culture site with over two thousand followers.

The page grew into a community, organising film screenings including a 30th anniversary celebration of The Lost Boys:

“It was coming up to the 30th anniversary of The Lost Boys and I was looking around, but there was nowhere showing the film. I thought it would be good to organise something for the anniversary and the best place to start was a Facebook page. The page helped towards growing interest for the event and then I contacted FACT in Liverpool about the screening”.

With the help of London based company Our Screen and the team at FACT (Foundation for Art and Creative Technology in Liverpool), George organised a screening that would become the first of many.

The screening was initially intended for one night, but not even George could have expected what happened next.

“FACT initially put the film in the box, which sits around 50 people. I thought that was great as I only expected it to be me, my wife and maybe a couple of friends. I started sharing the event on the social media pages and then event sold out. Then FACT said they would put the event on a bigger screen upstairs, which was around one hundred and twenty seats. Then that sold out! The event was moved to a bigger screen seating over two hundred people and that sold out as well!”

Actors from the film, including Jamieson Newlander and Corey Feldman who infamously played the Frog Brothers, shared news of the event on social media.

The demand for the screening was so high, that multiple screenings were organised over two days.

Nearly 500 people attended the anniversary event, which George attributes to the fandom for one of the most amazing films ever made.

Since then, George has organised further Lost Boys screenings and events. He even got a special mention during a Q&A with actor Alex Winter, when the film cast were reunited at For the Love of Horror 2019:

“During Alex Winter’s talk at the convention I asked a question. He’s such a nice guy. Ben the host said to Alex ‘George who just asked the question has put on a couple of Lost Boys events’, because at that point I’d done a couple of more nights, like the one at Video Odyssey. He told Alex Winter about it, who said it very cool, and then asked everyone for a round of applause!”.

George has since organised screenings of more films, including Bill and Ted’s Excellent Adventure, The Warriors, Big Trouble in Little China and a 20th anniversary screening of The Matrix.

The Geeks who don’t want to grow up community continues to grow. It is this community and the fandom for iconic movies that George attributes to the success of the film screenings:

“A lot of people going to see the films now, never got the chance to see them on the big screen. Theres always big buzz about the events. The Monday night for The Lost Boys screening…when the music started and the camera is panning over the ocean. The noise that everyone made; the cheers were amazing.

When you’re watching a film and you react to something, it’s not just you. Theres other people cheering or laughing too. That’s what’s nice about it. People getting together to watch a film – there’s just something special about it”.

Due to the lockdown and social distancing measures, the events that George had planned are on hold. However, his charity quizzes have moved online with much success:

“We were supposed to have a quiz at the beginning of May, which we couldn’t do. However, I did an online quiz at the start of Lockdown, which lots of people took part in virtually. That was a really great night”.

While you are at home, you can also listen to George on the Geeks Conquer and Destroy Podcast, which airs weekly on Access North West Radio.

The podcasts can also be heard on the Geeks Conquer and Destroy Podcast MixCloud Page.

While the podcast was launched last year, George first aimed to share the show with fans over three years ago. However, his first attempts to do so did not go according to plan:

“My brother in law and I tried to do one about three years ago. We thought right, what do we want to talk about? I wanted to talk about Eerie Indiana, which is one of my favourite programmes of all time. We recorded it, had a good chat, like we always do. We find ourselves chatting, going off on a tangent and then chatting about something else. We recorded the audio, thought it sounded really good and then all the audio was just awful. It just kept dipping in and out”.

With the success of the film and quiz nights, the podcast was put aside. It was a chance appearance on a friend’s radio show that restarted the podcast idea and the rest, as they say, is history:

“Last year on Access North West, one of my friends invited me onto their show. I went on talking about local news and things like that. Then one of the Producers said they’d love to have a movie radio show. So me, my brother in law and one of my friends Anthony, we just started it. We like to give the audiences something to think about, like ‘oh I hadn’t thought of that film theory”.

Topics that the trio have discussed in the past include the BBC’s adaptation of Dracula, For the Love of Sci-Fi convention and George’s favourite television show Eerie Indiana.

I ask George that if he could choose three people to interview on his podcast, who would they be and why?

“Since there’s three of us on the podcast, we’d have to be fair and have one choice each. I’ll just pick the ones I’d want though for now. Going back to before, Kurt Russell definitely. He’s been in such a wide range of films and Big Trouble in Little China, which is my favourite film of all time. Kurt Russell is just amazing in it. The Thing is one of the greatest horror films ever made.

Next to that, John Carpenter as he’s one of my favourite directors. There’s so many people you could choose, but I think also Joe Dante who directed Gremlins. He did Eerie Indiana and Innerspace too. I’d love to ask Joe Dante some questions”.

The trio continue to record the show remotely, continuing to delight audiences with their pop culture knowledge and discussions:

“We’ve been trying to keep it up in lockdown, by using Skype to record the show. Jason who runs Access North West, he puts it all together, which is amazing. We’ve done a couple of shows and the reaction to it has been amazing. You can listen to it online and we’ve got listeners all across the world. We get people emailing in and also giving us suggestions of topics to talk about, which is fantastic. I really enjoy doing it”.

While their film nights may be on hold for now, Geeks that don’t want to grow up continue to provide us with our daily updates of pop culture knowledge.

They’re usually the first posts I see on my social media feeds and the ones that continue to make me smile throughout the day.

But what George loves the most, is the community of fans he has brought together through the page and the friends he has made along the way:

“What’s cool is meeting people who follow the page. I’ve met people who have recognised me at events like For the Love of Horror, or who remember me from the film nights. I’ve made lots of friends through that”.

Geeks that don't want to grow up George Jaeger-Wright 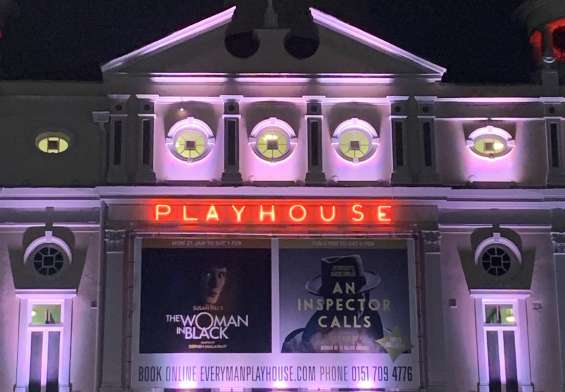 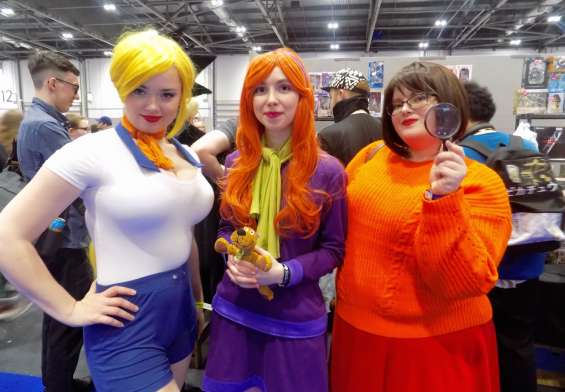